My goal, as a structural geologist / tectonist is to investigate those processes that form mountain belts, and to determine the role of mountains in the evolution of the earth's, atmosphere, biosphere, continental lithosphere and deep mantle. My research consists of field-based geological mapping of parts of key mountain belts, including the Cordillera of western North America, the circum-Mediterranean orogenic belts, and the Gondwanides of South Africa and Australia. Multidisciplinary studies, including geophyscial investigations (paleomagnetism, geodetic surveys and reflection seismic studies), and geochemical and geochronological analyses are utilized to further constrain the geometry and evolution of mountain belts.

My main focus at present is to understand the origin of oroclines (map view bends of mountain belts) and their role in continental growth and collisional tectonism. Toward this goal, I am, together with my students and collaborators, involved in projects mapping and studying oroclines on Vancouver Island, Alaska, South Africa, the central and western Mediterranean (including the Western Alpine Orocline), and eastern Australia and Melanesia. Additional interests involve (1) the origin and tectonic and economic significance of carbonatites, (2) the processes involved in extreme margin-parallel translations, (3) the significance of orogenic mantle massifs and ultra-high pressure rocks, (4) the controls on the development of foreland fold and thrust belt hydrocarbon provinces, and (5) tectonic input to extreme climate events, such as the Snowball Earth.

Now at the University of Alberta. 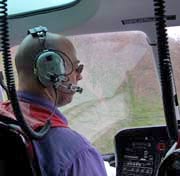