Heart failure is a chronic and lethal syndrome leads to a progressive decrease in cardiac function. In industrialized countries, it affects 10% of the population aged 65 and over. In the final stages of the disease cardiac output is no longer sufficient to match the oxygen and metabolic needs of the body, resulting in organ failure and death. A number of stresses and insults can trigger heart failure including long-term hypertension, myocardial infarction (MI), excess production of hormones and neurotransmitters, as well as exposure to drugs and toxicants. Ventricular cardiomyocytes initially adapt to the increased workload imposed by these cardiac insults by hypertrophying. While this compensatory process initially reduces the stress on ventricular walls and normalizes cardiac output, on the long term it predisposes to adverse ventricular remodeling associated with cardiomyocyte apoptosis, interstitial fibrosis, and impaired cardiac function.

Our laboratory investigates a range of focus areas, all of which center on understanding the molecular mechanisms governing heart dysfunction and repair. We have shown that the intracellular transduction events controlling these processes are regulated by scaffolding and anchoring proteins, which ensure coordination of signals in space and time. In particular, A-kinase anchoring proteins (AKAPs), assemble multifunctional signaling complexes that orchestrate and synchronize cellular processes associated with cardiac remodeling and protection. 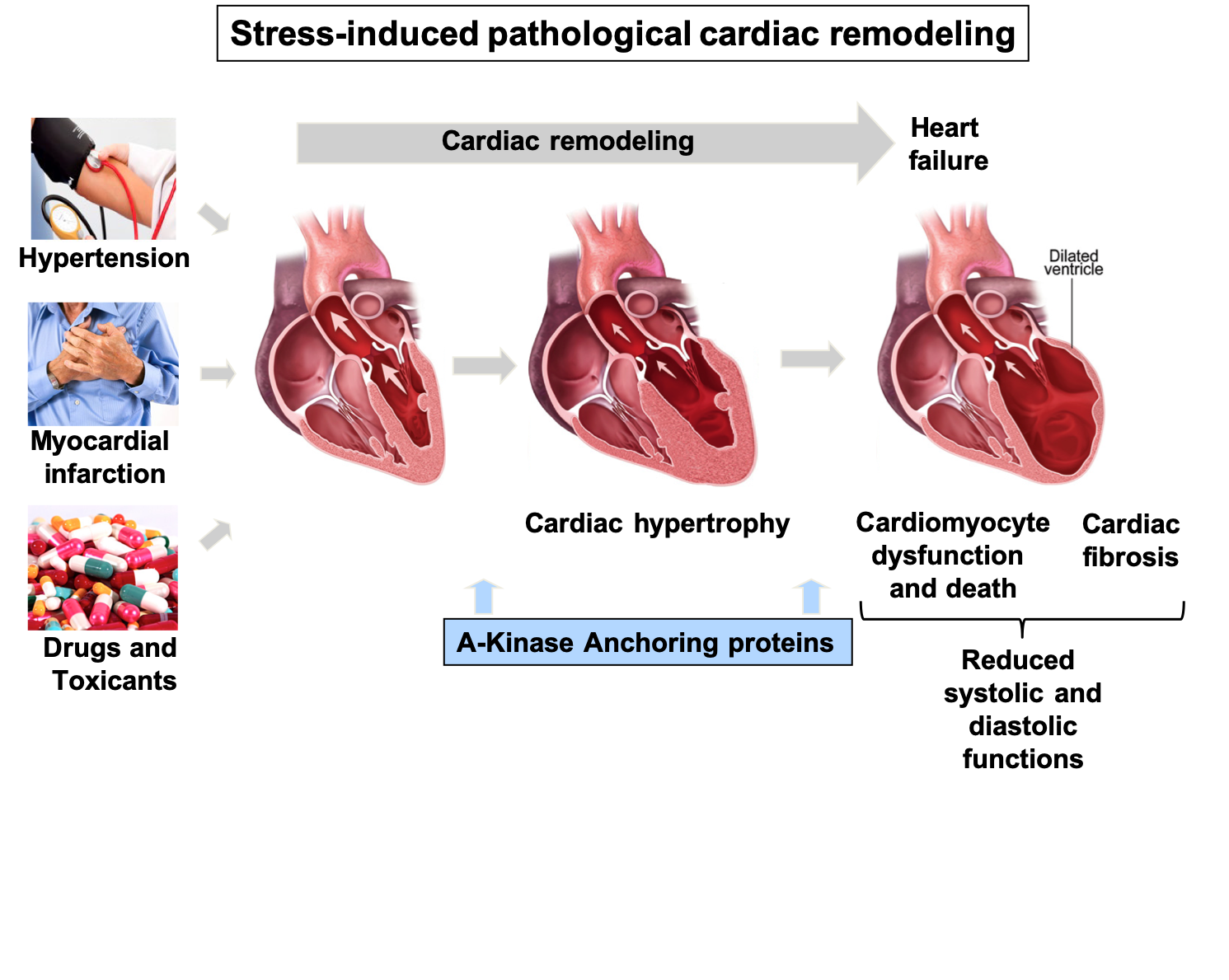 We are taking advantage of multidisciplinary approaches including genetically engineered mouse models, primary cultures of cardiomyocytes and fibroblasts, echocardiographic and life-imaging techniques, as well as state-of-the-art genomic and proteomic techniques to define the role of AKAP-based signaling complexes in regulating cardiomyocyte hypertrophy, inflammation and fibrosis in the stressed or injured heart. Similarly, we are examining how AKAPs regulate transcriptional responses involved in cardiomyocyte survival and cardiac protection.

1) The role of AKAPs in cardiac fibrosis

In response to various cardiac stresses and insults such as MI and pressure overload, quiescent resident cardiac fibroblasts undergo transdifferentiation to myofibroblasts. These activated fibroblasts display increased proliferatory and migratory properties, as well as enhanced ECM synthetic capacity, which allows them to colonize and remodel the injured myocardium. We are investigating how specific alterations of AKAP-mediated signaling in cardiac fibroblast impacts the activation of fibrotic responses, the development of fibrosis and restores function in diseases hearts.

2) The role of AKAPs in cardiac protection

Preserving cardiomyocyte function and viability in stressed hearts is crucial for maintaing cardiac ouput and reducing the reducing the occurence of heart failure. We have shown that AKAPs expressed in cardiomyocytes assemble signaling units promoting survival pathways that favor compensatory hypertrophy, inhibit cardiomyocyte apoptosis and induce new vessel formation. We are currently interested in defining how these AKAP signaling units regulate the transcritional machinery and chromating remodeling processes associated with the activation of protective gene programs in the heart. 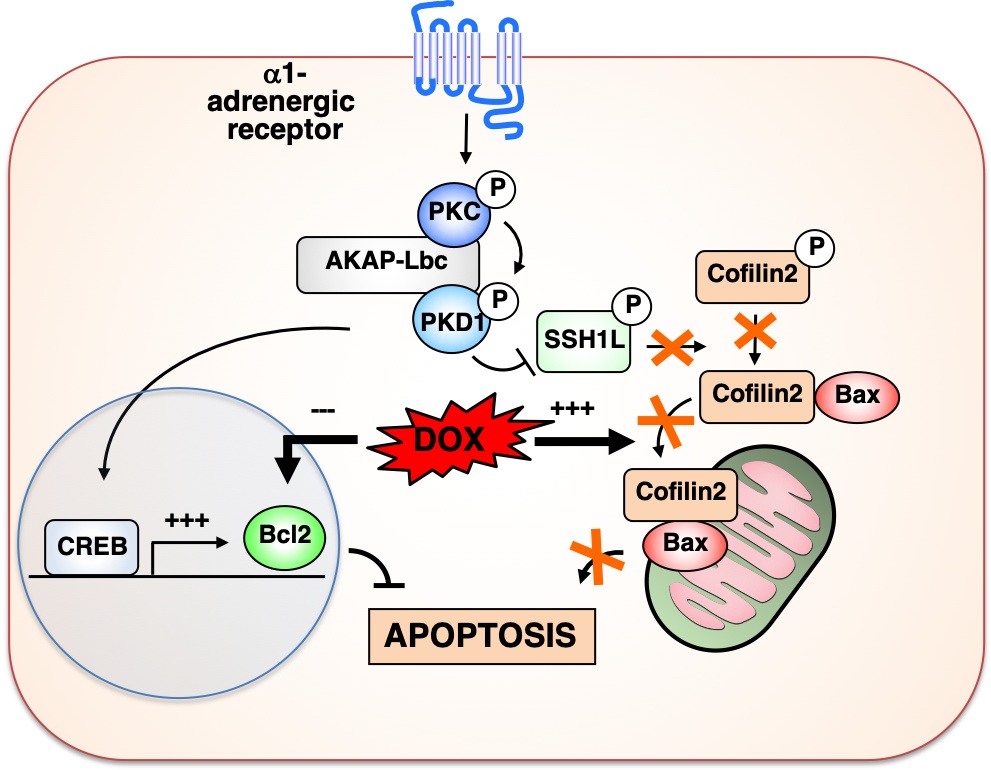 Model illustrating the role of the AKAP-Lbc/ protein kinase D1 signaling complex in mediating cardiomyocyte protection against doxorubicin-induced apoptosis. Doxorubicin (DOX) is a widely used anti-cancer agent known to promote cardiomyocyte death, severe cardiac dysfunction and heart failure. DOX-induced apoptosis of cardiomyocytes has been linked to the inhibition of the expression of anti-apoptotic proteins and to the ability of this anti-cancer drug to induce severe mitochondrial dysfunction. We have shown that AKAP-Lbc forms a complex with protein kinase D1 (PKD1), which mediates CREB-dependent rescue of anti-apoptotic Bcl2 expression in DOX-treated cardiomyocytes. In a parallel pathway, AKAP-Lbc facilitates α1-adrenergic receptor-induced activation of protein kinase D1, which in turn phosphorylates and inactivates the phosphatase SSH1L. This prevents cofilin2 dephosphorylation, which in turns inhibits DOX-induced translocation of cofilin2/Bax complex to mitochondria, thereby preventing cytochrome C release, mitochondrial dysfunction and apoptosis. 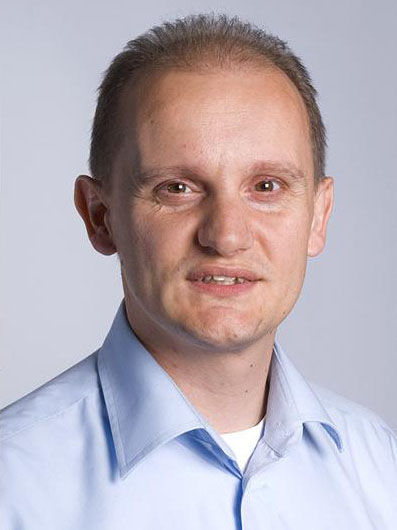