Aging and increased life expectancy are associated with the progression of chronic metabolic diseases, such as type 2 diabetes, obesity, hypertension, dyslipidemia and cardiovascular conditions. These multifactorial pathologies are complex, often resulting from a combination of genetic and environmental factors, such as physical inactivity and diet. The steady decline of skeletal muscle mass that comes with aging (sarcopenia) is thought to be involved in these metabolic changes, however little is known on how deranged skeletal muscle metabolism influences the development of metabolic disorders. 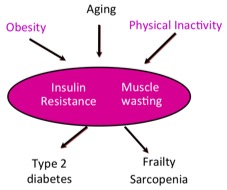 The understanding of the effect of aging and exercise on muscle metabolism is the main theme of our lab. To respond to this quest, we progress through three synchronous aims, which taken together allow an integrative vision.

Schematic representation of our research objectives 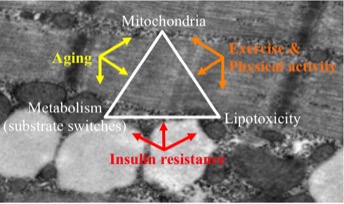 Healthy aging encompasses multiple interventions and lifestyle changes, such as eating well, maintaining a social role and exercising regularly. Exercise and regular physical activity have been shown to provide many health benefits, particularly in preventing frequent debilitating diseases such as sarcopenia (i.e. marked loss of skeletal muscle mass) and increasing health quality in addition to lifespan. Exercise markedly improves muscle mass and is thought to reverse, at least partially, metabolic consequences of aging.

The Aging and Muscle Metabolism lab uses clinical interventions, such as exercise programs, to understand mechanisms leading to metabolic consequences of aging and to assess reversibility. Participants in our clinical study encompass active or sedentary adults.

Insulin resistance can be seen as a state in which a cell, an organ, or the whole body, do not respond to normal amounts of insulin and thus requires higher than average levels of circulating insulin to elicit its normal physiological response. It involves defects in multiple organ systems - the muscle, the liver, the pancreas and the adipose tissue- act together to produce abnormal glucose and lipid metabolism.

Insulin resistance is a crucial factor for the development of type 2 diabetes and a major health problem for older adults. It is the principal mechanism by which obesity is considered to increase the risk for type 2 diabetes and is a key feature of the metabolic syndrome. The elevated prevalence of obesity and type 2 diabetes in the older population has important consequences on the morbidity and mortality as well as on the economic burden on our societies. 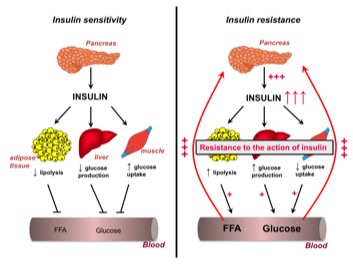 Body composition, meaning the amount of fat and muscle in the whole body also plays an important role in insulin resistance and metabolic diseases.

Due to its anatomical importance, skeletal muscle accounts for about 80% of the insulin stimulated glucose disposal. Sarcopenia consequences, such as frailty and mobility impairment, are implicated in falls, loss of independence and cost of care. In addition to preventive and therapeutic benefits, physical activity and exercise interventions have been proven to be cost-effective.

Specific adipose tissue depots distinctly influence insulin resistance, such as visceral adipose tissue and intermuscular fat accumulation. Ectopic lipid depositions, defined as an excess accumulation of triglycerides in non adipose tissues such as in the liver (intra-hepatic lipids, IHCL) and within the muscle fibers (intramyocellular lipids, IMCL), are positively associated with obesity and insulin resistance. Furthermore, the accumulation of intracellular lipids is often cited as being a key determinant in the underlying mechanisms of insulin resistance. In addition of playing an important role in obesity and type 2 diabetes, these ectopic fat depositions are also observed in common conditions such as aging and physical inactivity.

Our group uses in vivo and ex-vivo techniques to assess the different components of these fat depositions and how they relate to insulin resistance.

In response to different environmental and physiological situations, different energy sources are used. A metabolically healthy individual is metabolically flexible and thus has the ability to switch from predominantly fat utilization to carbohydrate utilization when going from the fasted to the fed state. Obesity and type 2 diabetes blunt this capacity.

Different sources of energy are used during an acute bout of exercise depending on the intensity and the duration of the exercise bout, as well as on the environmental factors and the training state of the individual. Our focus is to continue to understand how to maximize metabolic flexibility and how this interacts with exercise efficiency in metabolically compromised individuals and in chronic diseases such as obesity and diabetes. 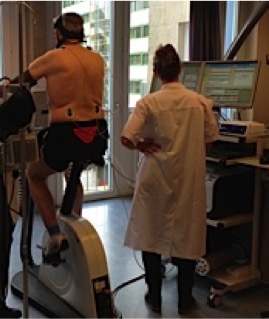 At the cellular level, substrate usage depends on multiple factors, among the principal ones are the mitochondria (power house of the cell). Mitochondria are cellular organelles that produce most of the chemical energy for cellular sustainment. In muscle, mitochondria are critically needed to generate energy for contraction and thus movement and locomotion. Mitochondria are highly adaptable; they respond to environmental challenges (such as exercise training or nutritional cues) by increasing or decreasing in numbers as well as in their content, and/or becoming more or less efficient.

With the implementation of mechanistical models such as the use of zebrafish and cells, the lab is deepening research paradigms on specific pathways and protein targets.

SCIENTIFIC COLLABORATIONS WITHIN THE UNIVERSITY OF LAUSANNE

Some articles/broadcasts about our research 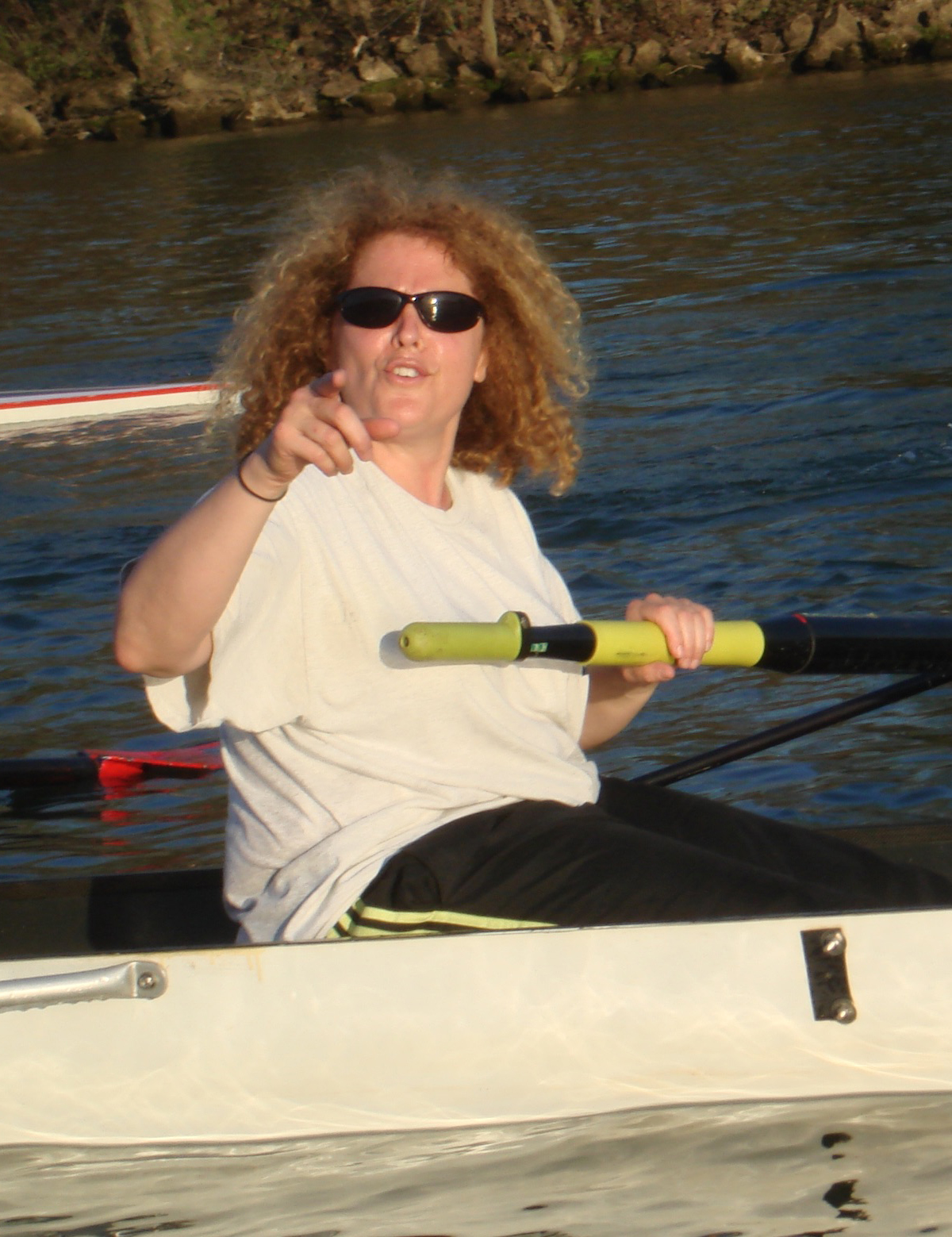