Alexis Jourdain received his PhD in 2013 from the University of Geneva for his work on mitochondrial gene expression and mitochondrial RNA granules under the supervision of Prof. Jean-Claude Martinou, as a fellow of the Roche Research Foundation. In 2015, he joined the laboratory of Prof. Vamsi Mootha, Howard Hughes Medical Institute (HHMI) investigator, at the Broad Institute of MIT & Harvard, Harvard Medical School and the Massachusetts General Hospital. During his postdoctoral training as a fellow of the European Molecular Biology Organization (EMBO) and the Swiss National Science Foundation (SNSF), Alexis used systems biology approaches to discover nuclear genes involved in energy metabolism, including genes encoding mitochondrial and pre-mRNA splicing subunits. In spring 2021, Alexis joined the Department of Biochemistry at the University of Lausanne as a tenure-track Assistant Professor.

The Jourdain laboratory aims at understanding how cells in our body tune the expression of their genes in response to changes in nutrient levels and metabolic needs, and how this may be dysregulated in disease conditions.

Specifically, we study mitochondria and energy metabolism in the context of cellular differentiation, immunity and metabolic disorders.

Candidates for a postdoctoral fellowship (e.g. EMBO, HFSP) are encouraged to contact us directly.

Mitochondrial oxidative phosphorylation (OXPHOS) and glycolysis are the two major pathways for ATP production – or energy metabolism - in human. The reliance on these pathways and the abundance and composition of mitochondria are known to differ across tissues, and may vary during processes such as cellular differentiation and immune response. Shifts in the OXPHOS/glycolysis balance are also seen in pathologies such as cancer and metabolic syndromes (mitochondrial disorders). At present, the full set of molecular mechanisms that support and control mitochondrial biogenesis and energy metabolism is not known. Understanding how these programs function holds promise for diagnosis and therapies by pointing to vulnerabilities that could either be corrected to promote healthy metabolism and immune function, or exploited to starve tumors. 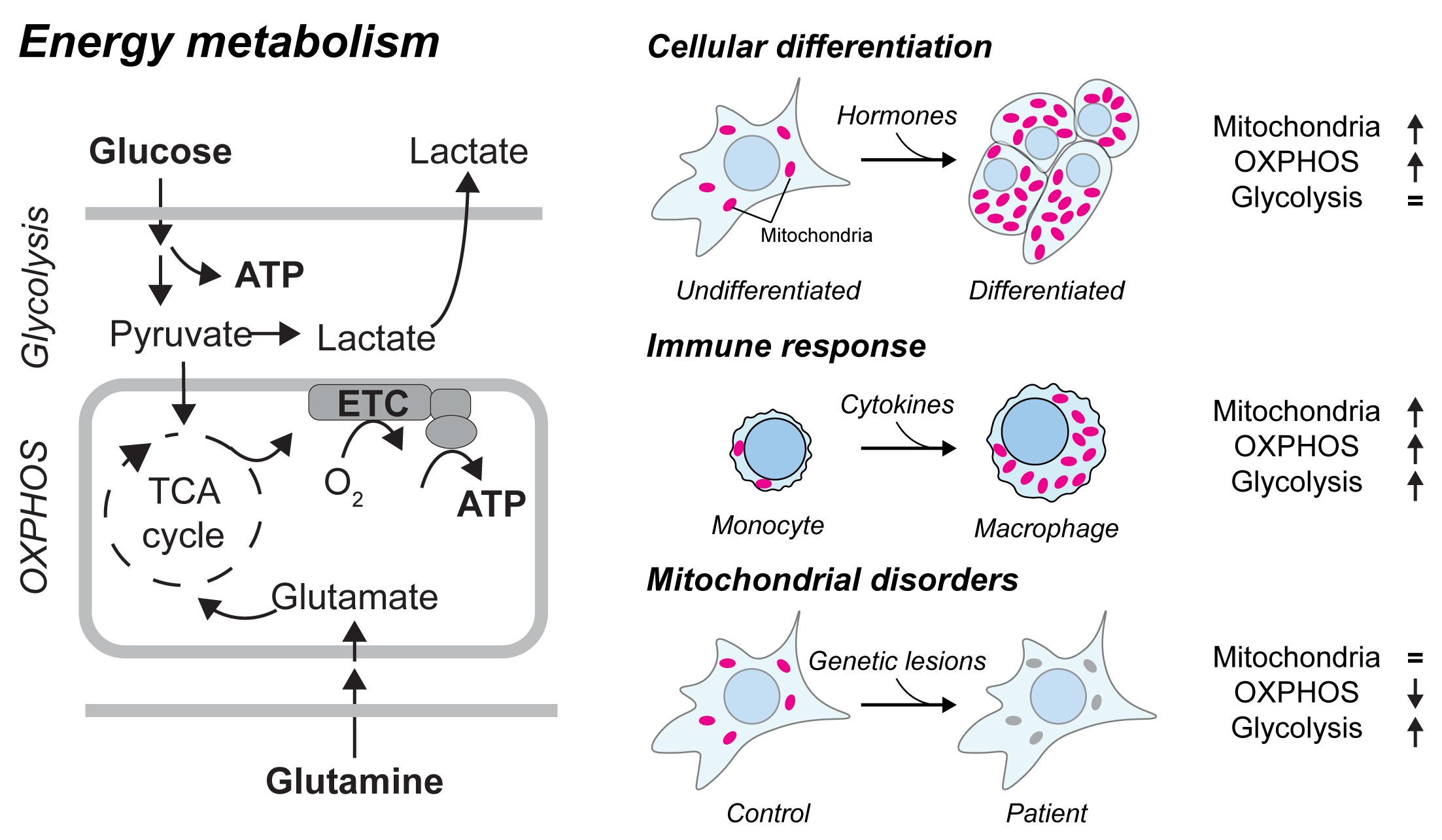 Mitochondria contain a relic of their bacterial past: a small, circular genome called the mitochondrial DNA (mtDNA). In humans, this small DNA molecule encodes only 37 genes that are expressed in the organelle, including 13 genes encoding core subunits of the respiratory chain that are essential for OXPHOS. How expression of mtDNA-encoded genes is regulated and how it responds to environmental stimuli is incompletely understood. This important question demands investigation since a large fraction of the genetically inherited mutations that cause mitochondrial disorders are mtDNA-related. Furthermore, it has recently become clear that mtDNA and its transcripts are frequently released from mitochondria into the cytosol where they trigger pathways of innate immunity and contribute to inflammation and the antiviral response through mechanisms that remain elusive.

Recently, we discovered the existence of “mitochondrial RNA granules” (MRGs) (Jourdain et al., Cell Metabolism 2013 ; Jourdain et al., Cell Reports 2015). We and others provided proof-of-concept evidence that these structures play a crucial role in mtDNA expression by serving as RNA post-transcriptional factories for newly-made mitochondrial transcripts. Exciting questions remain to be answered on the composition and function of these intra-mitochondrial structures.

Our laboratory uses genomics, biochemistry and cell biology approaches to characterize the mechanisms of mitochondrial gene expression and their dysfunction in mitochondrial disorders, with a particular emphasis on mitochondrial RNA granules. Our long-term goals are to:

Hoskins & Rhoads, When cells are down on their LUC7L2, alternative splicing rewires metabolism for OXPHOS. Molecular Cell 2021

Our complete publication list can be found on PubMed and Google Scholar. 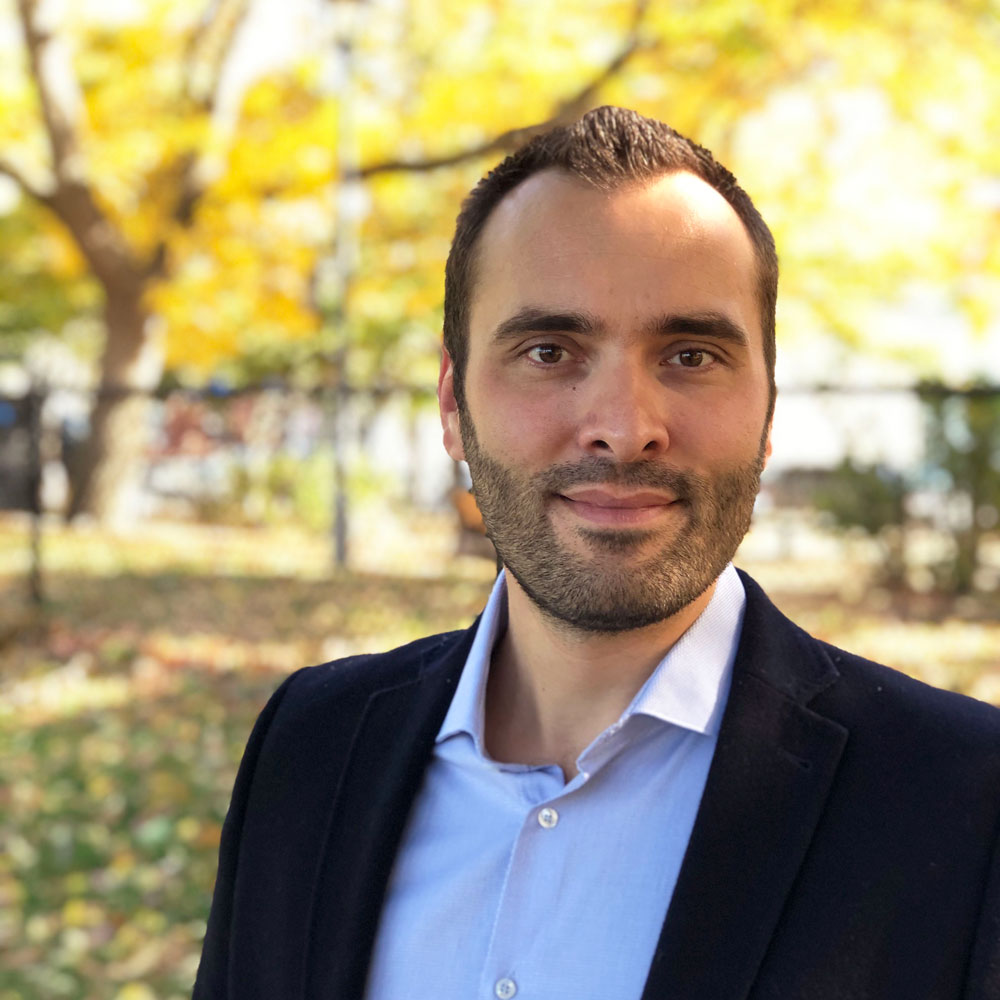