The Clinic of Meaning 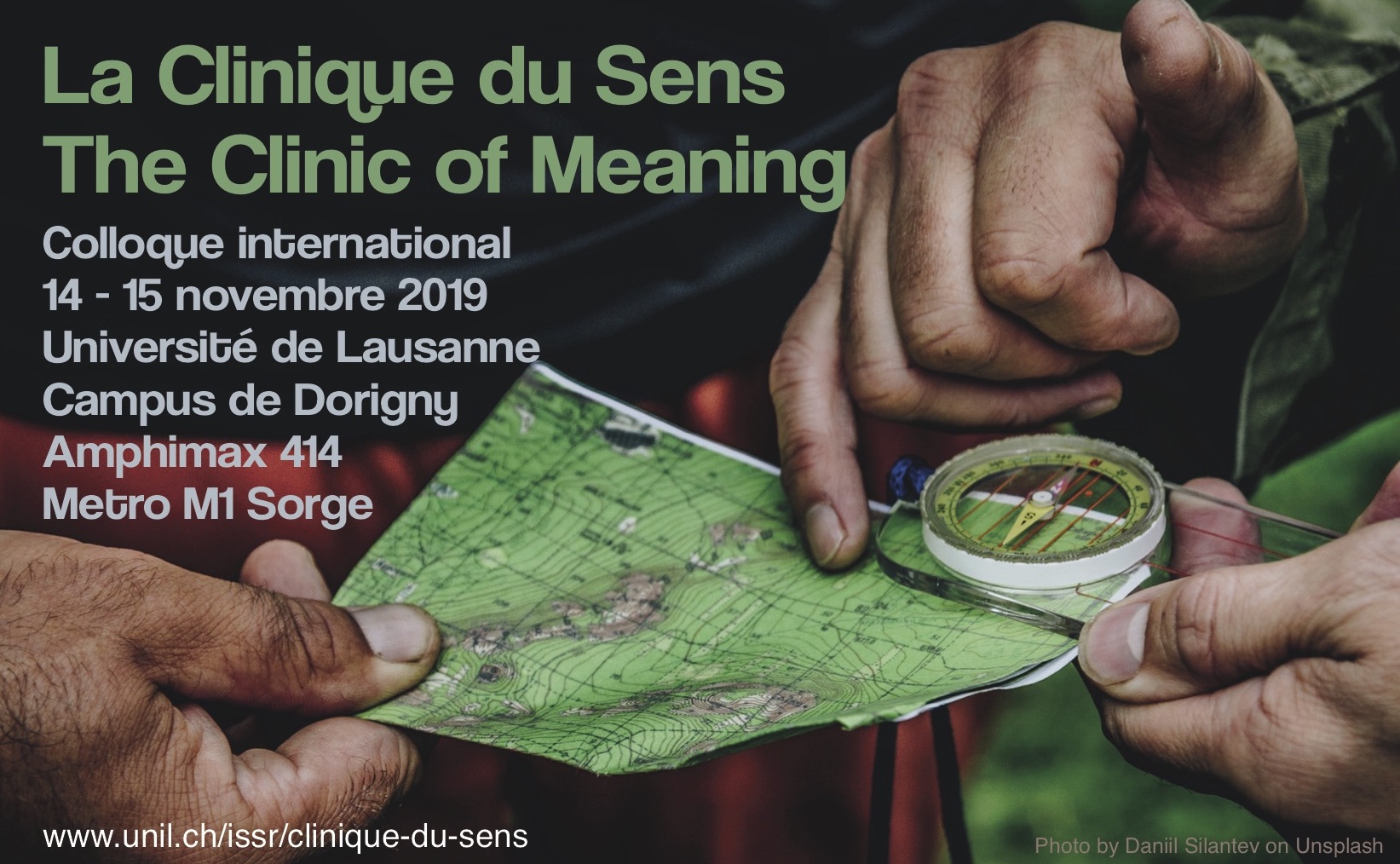 The event is fully booked.

In the French-speaking world, some mediatized personalities, like Matthieu Ricard, Christophe André, Alexandre Jollien, André Comte-Sponville, Luc Ferry or Frédéric Lenoir have contributed to the diffusion of a certain approach of spirituality. They take support on either oriental or occidental wisdoms.

In the educative sphere, as well as in the framework of care, a conceptualizing effort to think spirituality in clinic must be done.

In our western societies, the secularization may be so strong that it leads to deny the rights of religion and spirituality, leaving only a small place for them in the public space. One among the dangers is that the religion and the spirituality, once evacuated, might come back under other forms, like fanatism, violence, oppression, or alienation. Since then, how to take into account spirituality in a secularized world, made of laicity and neutrality?

In the framework of care, there is a consensus to put the person in the center of the preoccupations, but how to take in account the spiritual dimension of the person? The MS3 (medicine, spirituality, care and society) platform of the University Hospital of Lausanne promotes a pluridisciplinary approach of care inside the hospital. Neurotheology and neuroscience postulate that transcendence implies higher degree cognitive structures and that the brain has a neurological mechanism for self-transcendence. Then would it be possible to consider a future built on an universal spirituality beyond religions and cultural boundaries?

Since then, which paradigms might we invoke in clinic to answer to the spiritual needs of the person? In addition, what to do when these questions arise in a clinical setting outside the hospital? How to cope with patients, so that they could improve their psychic performance and evolve towards a better spiritual wellbeing in the care?

Is the spiritualist anthropology proposed by Frankl (1905-1997) able to support and sustain an useful dialogue about the questions araised by “the clinic of meaning”? Is it a federating and fruitful paradigm between theologians, chaplains, nurses, physicians, psychiatrists and psychotherapists? Are the reflections coming from the religious development research useful to help us understand better and improve our practice?

It is in this perspective that the MS3 platform, the Faculty of theology and of sciences of religions of the University of Lausanne, the CHUV and the Chaplaincy Service, as well as the Swiss institute for logotherapy and existential analysis are promoting this international meeting. 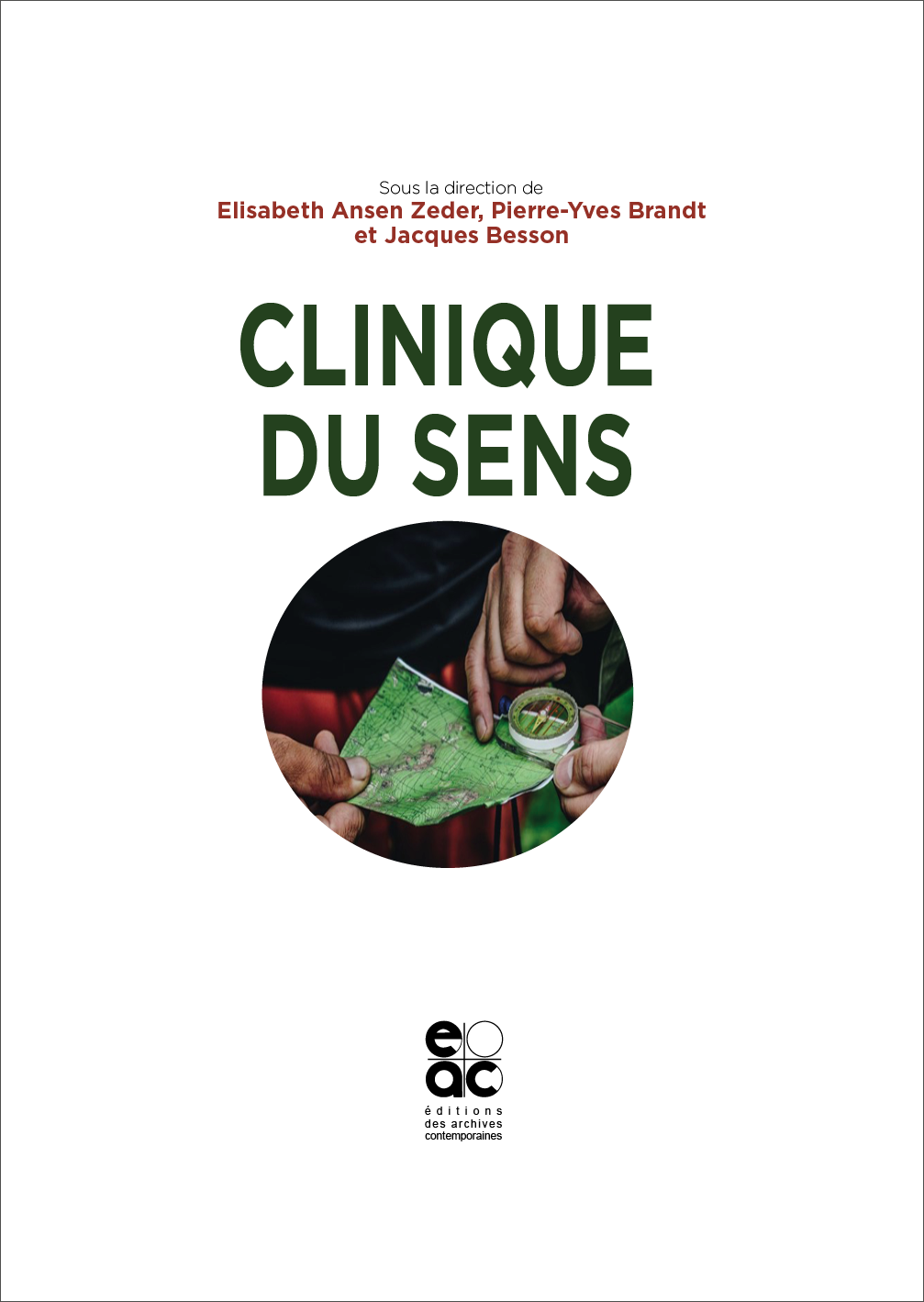 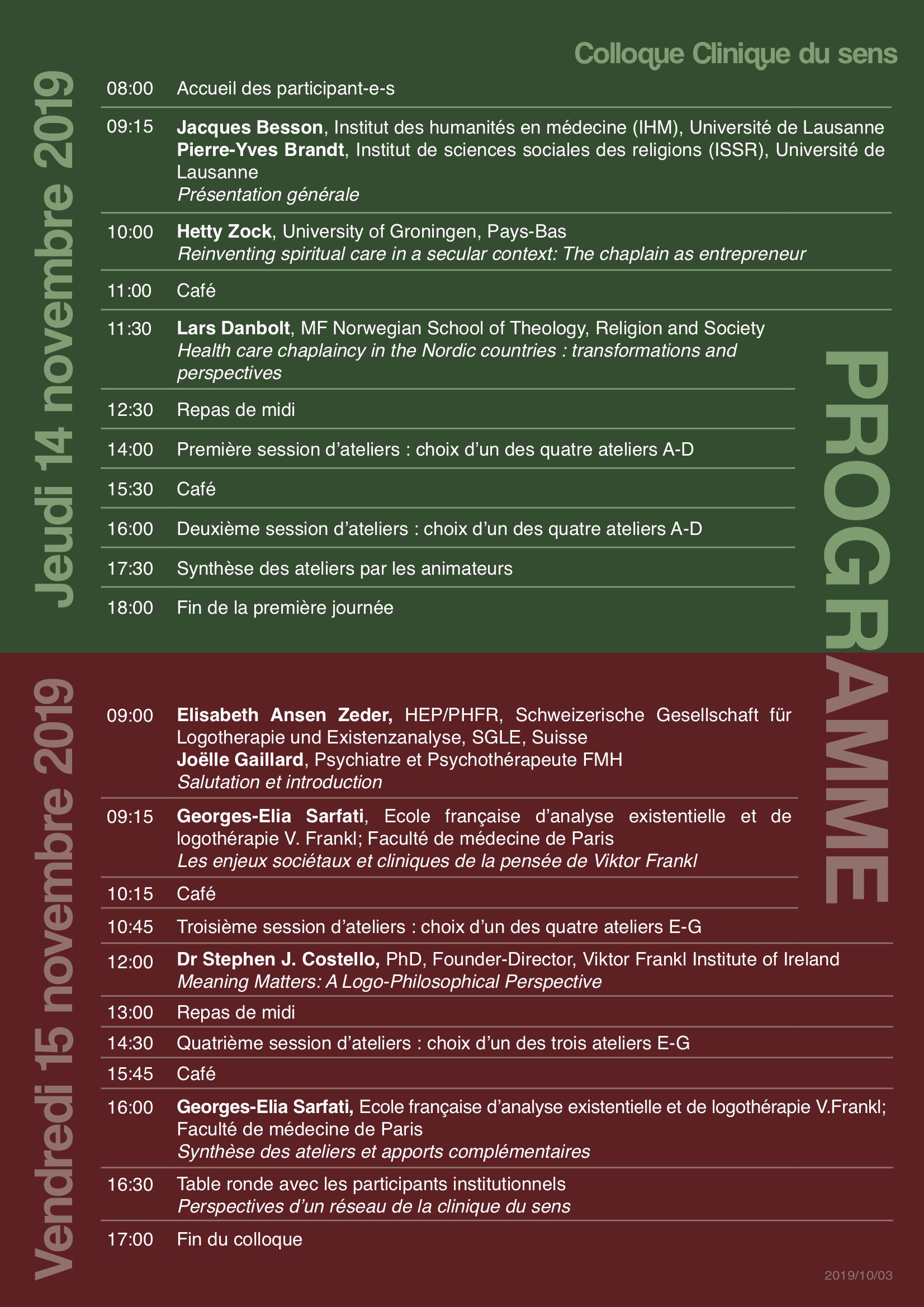 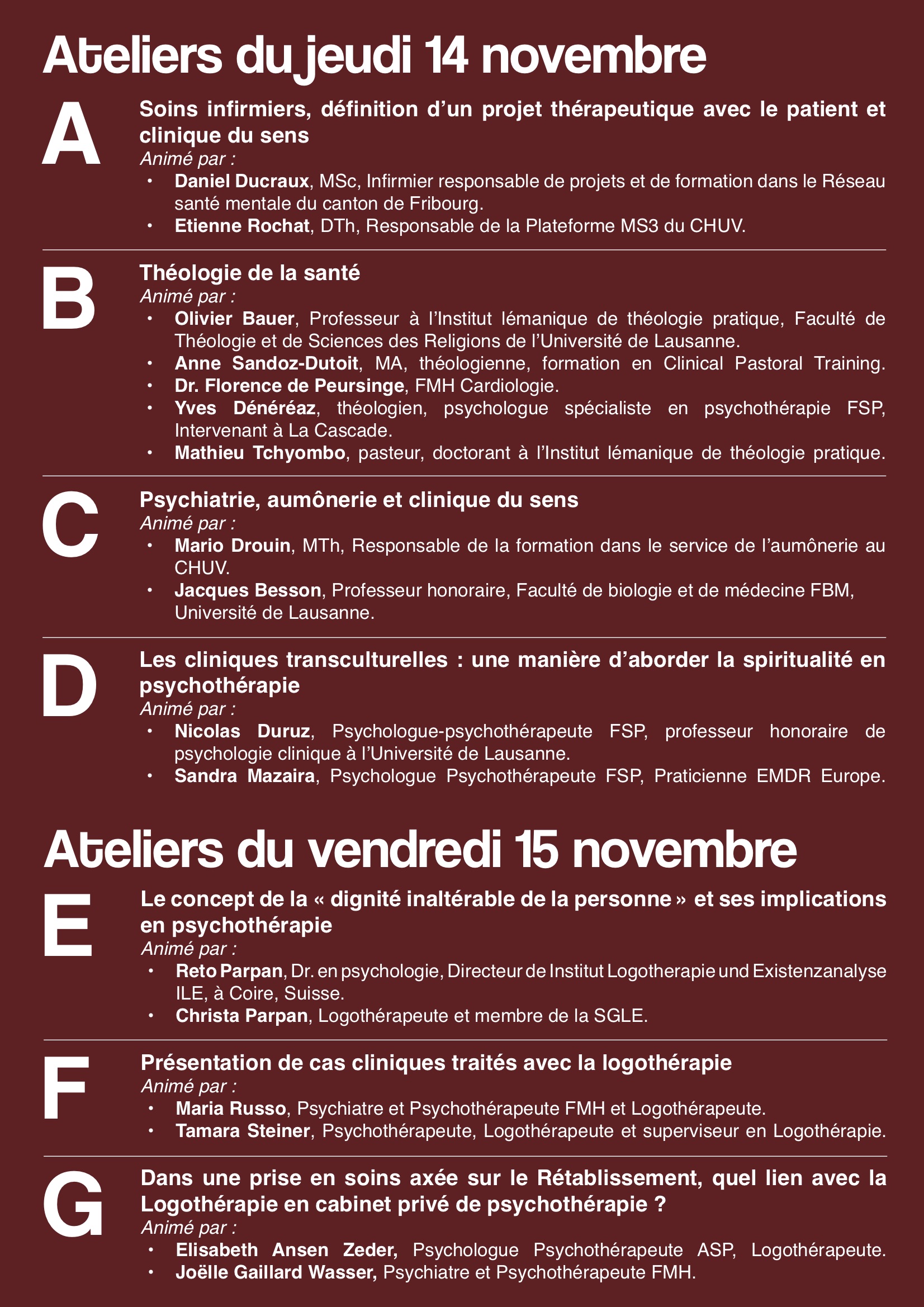