Paul Franken received his PhD from the University of Groningen,The Netherlands, in 1993 for his work on sleep homeostasis and thermoregulation at the University of Zurich under the direction of Alexander A. Borbély. He was a postdoctoral fellow with H. Craig Heller at Stanford University, USA, where he studied the cellular mechanisms underlying circadian clock resetting. In 1996 he joined Mehdi Tafti at the University of Geneva where he used QTL analysis to map sleep and EEG traits in mice. He then moved back to Stanford in 2000 as a senior research scientist to establish an independent lab. At Stanford he continued to work on the genetics of sleep homeostasis and further focused on the molecular interactions between circadian rhythms, sleep homeostasis, and brain metabolism. He joined the CIG in 2005.

Genetics and energetics of sleep homeostasis and circadian rhythms
In the study of sleep two main regulatory processes have to be considered: a homeostatic process that is activated by and counters the effects of sleep loss and a circadian process that determines the time–of–day sleep preferably occurs. The fine–tuned interaction between the two permits us to stay awake and alert throughout the day and to remain asleep at night. To gain inside into the molecular correlates of the homeostatic process and its interaction with the circadian process we apply a combination of forward, molecular, and reverse genetic approaches in the mouse.

QTL mapping
We use Quantitative Trait Loci (QTL) analysis as a forward genetics tool to map genomic regions that affect sleep. A first mouse reference population we used is a panel of recombinant inbred (RI) lines derived from the inbred strains C57BL/6J and DBA/2J referred to as BXD mice. The analyses revealed several genomic regions affecting sleep and EEG traits. Especially EEG traits were found to be under strong genetic control. Thus far, we were successful at identifying the genes modifying two such traits thereby implicating novel signaling pathways involved in rhythmic brain activity. Ongoing work focuses on the Dps1 QTL on chromosome 13 that alters sleep homeostasis and for which Homer1 is a good candidate gene. In addition, we are now initiating two large scale projects to phenotype and map sleep traits in other mouse reference populations (i.e., CFW outbred mice and the ‘Collaborative Cross’ RI lines). To facilitate the phenotyping of large numbers of mice we helped develop and validate a novel non-invasive and high throughput method to measure sleep.

Clock genes & sleep homeostasis
Although the circadian and homeostatic processes are thought to operate independently, using reverse (‘knock out’) and molecular genetics (qPCR, micro-array) approaches, we found that the genes known to set circadian time (referred to as clock genes) are also involved in the homeostatic regulation of sleep. Thus, in mice lacking one or a combination of two of the core clock components (e.g. Clock, Npas2, Bmal1, Cry1 and Cry2) sleep homeostasis is altered. We also showed that the expression of the clock genes Per1 and Per2 in the forebrain is tightly linked to the prior sleep–wake history. Thus contrary to the prevailing notion that circadian and homeostatic processes are separate, at a cellular level the same molecular circuitry seems to be implicated in both circadian rhythms and sleep homeostasis. We now investigate the mechanisms that link clock gene expression to the time–spent–awake. The observation that the transcriptional activity of CLOCK and NPAS2 depends on and affects intracellular energy charge is an exciting first clue because this would represent a direct molecular link between cellular metabolism and the need for sleep. We are currently investigating this issue using redox–sensitive GFP probes and developing in vivo imaging techniques to simultaneously monitor intracellular redox state and PER2 levels in freely moving mice. We previously established that the sleep-wake dependent changes in Per1 and Per2 are, in part, mediated by their transcriptional regulator NPAS2. Using chromatin immunoprecipitation (ChIP) sequencing we aim to indentify which other NPAS2 target genes are differently regulated with sleep loss. Finally, using mathematical modeling we are now quantifying the complex relationship between changes in clock gene expression in the forebrain and the sleep-wake distribution in a similar way as we previously have quantified the relationship between the sleep-wake distribution and the EEG correlates of sleep need in mice. Model predictions are useful in helping to design relevant experiments to unravel these non-linear relationships.

Curie, Maret, Emmenegger, Franken (2015) In vivo imaging of the central and peripheral effects of sleep deprivation and suprachiasmatic nuclei lesion on PERIOD-2 protein in mice. SLEEP 38: 1381-94 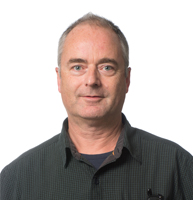