Nouria Hernandez performed her thesis research on mRNA splicing with Dr. Walter Keller at the University of Heidelberg in Germany and received her PhD in 1983. She did her postdoctoral studies with Dr. Alan M. Weiner at Yale University in New Haven, Connecticut, USA, working on 3’ end formation of the U1 small nuclear RNA. She then joined Cold Spring Harbor Laboratory at Cold Spring Harbor, New York, in 1986 as an Assistant Professor. She became a Cold Spring Harbor Laboratory Professor in 1993 and joined the Howard Hughes Medical Institute as an Associate Investigator in 1994. She became a full Howard Hughes Medical Institute Investigator in 1999. In 2005, she joined the faculty of the UNIL as a Professor and as the Director of the Center for Integrative Genomics (CIG). From 2016 to 2021, she was Rector of the University of Lausanne. She became Professor emeritus in August 2022.

As a graduate student, Nouria Hernandez worked on pre-mRNA splicing, demonstrating that splicing could be uncoupled from transcription and establishing one of the first in vitro systems capable of performing the reaction. During her post-doctoral studies, she worked on deciphering mechanisms responsible for 3’end formation of the U1 small nuclear RNA (U1 snRNA), defining the sequences involved and establishing that 3’end formation required that transcription be specifically initiated from an RNA polymerase (Pol) II snRNA promoter as opposed to an mRNA promoter.

As an independent investigator, she worked on Pol II and Pol III snRNA gene transcription. Her group defined promoter elements, purified and cloned a number of factors required for transcription of these genes and for Pol III transcription in general, and established how the Pol II and III snRNA promoters, which are very similar in structure, manage to recruit specifically the correct RNA polymerase. Genomic studies allowed the establishment of a catalog of all Pol III-transcribed sequences and uncovered differential regulation of Pol III genes under a number of biological conditions, both in cultured human and mouse cells and in the mouse. They also established that Pol III transcribed genes located within Pol II transcription units can lead to transcriptional interference and so reduce transcription of the Pol II transcription unit. Further studies established that there are two versions of one of the Pol III subunits, leading to two forms of Pol III specifically active under different conditions.

A focus of the research was the characterization of the mammalian repressor of Pol III transcription called MAF1 and its inactivation by TORC1, which was shown to directly phosphorylates the protein. In work done in collaboration with the group of Ian Willis, Albert Einstein College of Medicine, New York, mice lacking the Maf1 gene either in the entire organism or specifically in hepatocytes were examined. These analyses lead to the discovery that absence of MAF1 in the entire mouse leads to a lean and high fat diet resistant phenotype characterized by excessive production and degradation of tRNA precursors in all tissues examined. This futile cycle of RNA synthesis and degradation leads to metabolic inefficiency and increases energy demand, which is met by increased catabolic processes including autophagy, lipophagy, and lipolysis. In contrast, mice lacking MAF1 specifically in hepatocytes are slightly fattier than control mice, both under a chow and a high fat diet, and show changes in protein accumulation consistent with increased lipogenesis and increased rate of VLDL secretion. Both whole body and hepatocyte specific Maf1 knock-out have slightly decreased levels of angiogenin, which can be explained by transcription interference resulting from active Pol III transcription of tRNA genes located within the Pol II promoter region of the angiogenin gene. Further studies of these mice may well reveal so far unsuspected direct or indirect links between angiogenin and lipid metabolism. 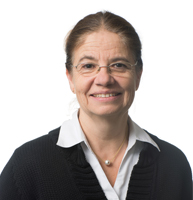