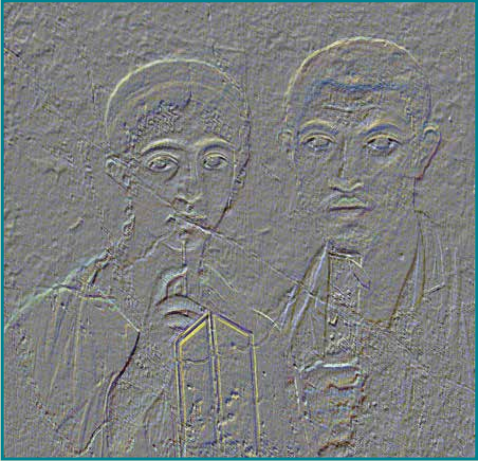 External scientific collaborators:
Doctoral students working on topics related to the theme of the project will be invited to contribute to the scientific discussions and to take part in the conferences organised in relation to the project.

The project:
The project examines aspects of `heterosexual adult couples in a stable relationship' in Antiquity over a period of four centuries. Its approach is interdisciplinary, and focuses on the dynamic and interpersonal relationships within couples. Two categories of couples are taken into consideration :
- the so-called `exceptional couples': couples in which one of the partners had a lasting position at the head of the state;
- the so-called `ordinary couples': couples belonging to the lower classes, middle classes or civic elites.

These two categories of couples, the ancient and modern definitions of which will be questioned, will be studied in the Greek Hellenistic, Roman Republican and Imperial societies through literary and epigraphical sources. This chronological span has been chosen for the abundance of its relevant source material and because of the reciprocal influences that developed between the Greek and Roman worlds during this period.

The synchronic and diachronic perspectives of the project aim to uncover the personal experiences, emotional bonds and power relationships of ancient couples, the distribution of public roles as well as the division of domestic daily chores, and the potential influence of exceptional couples on ordinary couples.

The members of the team will each work on the following aspect of the project :

Two international conferences will take place, the first one on exceptional couples in 2017 and the second one on ordinary couples in 2018, which hope to bring together specialists in order to further our understanding of this topic by comparing historical periods and categories of couples.