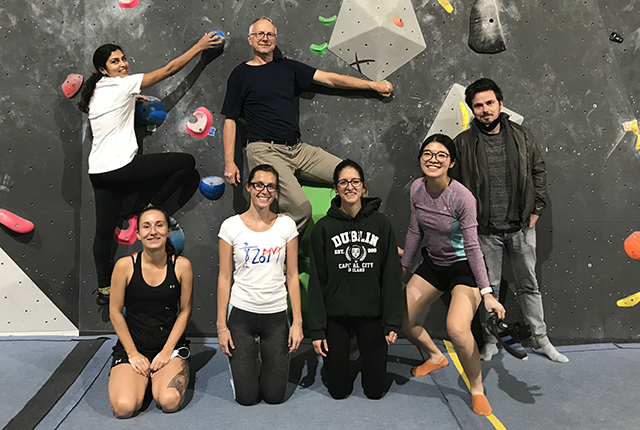 We use experimental approaches to study behavioral, life history, physiological and genomic bases and consequences of short-term adaptive evolution. Much of our research involves experimental evolution, i.e, studying in real time the evolutionary responses of replicated populations to controlled selection regimes, using the fruit fly Drosophila melanogaster as the study system. This approach allows for direct testing of evolutionary hypotheses. We currently focus on two main topics: evolution of tolerance to chronic malnutrition and consequences of sexual selection.

Most animal populations have to go through periods of nutritional stress caused by insufficient quantity or quality of food. Tolerance to nutritional shortage is thus likely under strong natural selection, in particular in juveniles, which not only have to survive but also to continue to grow and develop despite insufficient nutrition, and which typically have little metabolic reserves (such as body fat). We use experimental evolution to study life history, physiological, behavioral, and genomic traits that mediate the evolutionary adaptation to chronic juvenile malnutrition. We work with Drosophila populations which have been evolving for over 250 generations on an extremely poor larval food, on which non-adapted populations show 30 % reduction in viability, twice longer larval development, and adult size reduced by half.

Our results point to digestive physiology as one of the targets of natural selection driven by nutrient shortage. Using gene expression, enzymatic activity and stable isotope assays, we found that adaptation to the poor diet has been associated with an improved efficacy of protein digestion and of assimilation of amino acids. But there are also changes in the way the nutrients are used. Gene expression and metabolome data suggest that the populations adapted to poor diet show a lower investment in the enzymatic machinery of the TCA cycle. Thus, tolerance to malnutrition has apparently been achieved in part by being more frugal with nutrients already assimilated. We are currently carrying out experiments to verify this hypothesis.

We have also been addressing the costs of this adaptation and its consequences for adult life. Even though the body of holometabolous insects undergoes a drastic reconstruction during metamorphosis, and so the adult fly is a very different animal from the larva, adaptation to poor larval diet have knock-on effects in the adult stage. Our results support for the notion in evolutionary medicine that susceptibility to metabolic disease could by a side effect of adaptation to deal with nutrient shortage during development and juvenile growth (the thrifty genotype hypothesis).

Interactions with microbes good and bad. Commensal gut microbiota are known to alleviate the consequences of poor diet for larval growth, and we had hypothesized that adaptation to malnutrition might involve a better ability to profit from them. In contrast to this expectation, as they adapted to chronic malnutrition, our experimental Drosophila populations become less dependent on microbiota – not only can they better tolerate poor larval food, but they are also less affected by rendering them germ free. Analysis of gene expression patterns suggests that evolutionary adaptation to the poor diet co-opted physiological mechanisms that mediate responses to microbiota. A surprising implication of our results is that the dependence on microbiota is highly evolutionarily malleable, despite its ancient history.

The gut ecosystem can also become invaded by specialized and opportunistic pathogens ingested with food. Thus, in addition to extracting nutrients from food, the gut has to act as an immune barrier. Malnutrition-adapted populations turned out to be more susceptible to an intestinal bacterial pathogen. This is not mediated by impaired immune defense, but by reduced tolerance to pathogen-induced damage to the intestinal wall, highlighting an evolutionary trade-off between the dual functions of the gut in nutrient acquisition and immune protection.

Sexual selection is well known to produce weapons and other traits promoting success in competition for mates, as well as sexual ornaments and displays used to attract mates. But what are the broader implications of sexual selection for traits other than weapons and ornaments?

Sexual selection and pathogen resistance. Pathogens are often postulated to play an important role in driving sexual selection. In particular, the traits that determine male success in acquiring mates – such as sexual "ornaments", fighting ability and courtship – are supposed to reveal heritable resistance to pathogens. Thus, by mating with males that score high on those traits, females would assure "good genes" for resistance for their offspring, and a population as a whole would become more resistant to pathogens. Despite its long history and intellectual appeal, the empirical support for this idea is mixed; in particular, experimental tests are scarce and provide equivocal results. While it is clear that infection reduces a male's success in sexual selection, it is much less clear whether, and under what conditions, males that are more successful indeed sire resistant offspring.

We are addressing this question using Drosophila and its bacterial and fungal pathogens. We have found that Drosophila males that are more sexually successful indeed sire sons with higher resistance to the pathogen Pseudomonas entomophila – but only if sexual success is assessed after the males themselves have been exposed to the pathogen. In contrast, males that win female attention in the absence of the pathogen actually produce less resistant sons. Thus, rather than unconditionally signaling immunocompetence, traits involved in sexual selection may only reveal resistance to the pathogens if the males were themselves exposed to pathogens when developing their sexual traits. In the absence of the pathogen the resistance even carries a cost in terms of reduced male sexual success. The existence of this cost is confirmed by experimental evolution: we found that males from populations that evolved enhanced resistance to P. entomophila are less successful in sexual selection in the absence of the pathogen, but more so if competing sexually after pathogen exposure. In conclusion, whether sexual selection promotes pathogen resistance depends on the epidemiological context in which it operates.

Interlocus sexual conflict likewise leaves an imprint on gene expression – when it is removed by imposing monogamy, males reduce their investment in seminal fluid proteins, which are a tool males evolved to manipulate females to become unreceptive to other males and to boost short-term fecundity at the expense of the females' life time fitness. As a consequence, females mated to males evolved under monogamy show a reduced post-mating shift in gene expression than females of the same strain mated to polygamous males. Surprisingly, this effect is particularly pronounced in females' heads (i.e., presumably in their brains), pointing out to a key role of neuroendocrine mechanisms in the sexual conflict. Females evolved under monogamy likewise show a pattern of expression consistent with reduced investment in sexual conflict. This work has been carried out in collaboration with Brian Hollis (a former postdoc in our group), Laurent Keller (DEE) and Claudia Fricke (U. Münster, Germany). 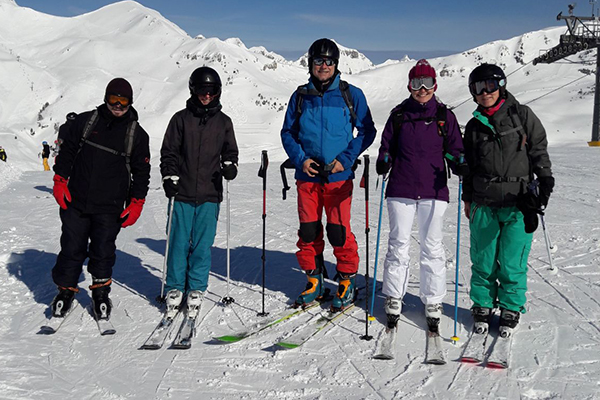 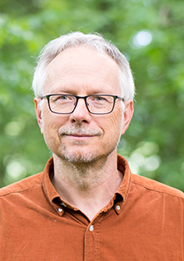