Life-history theory predicts that parents weigh their investment in each individual offspring according to the fitness return of the offspring. Parents may therefore alter their investment in particular breeding attempts according to the likelihood of its success and to the perceived attractiveness of their mates. This kind of trade-off calculations may not always work for small populations in their changed (and possibly protected) environment. We study plasticity of life-history traits that could be taken into account in population management.

By fishing and by supplementing natural fish populations with hatchery-produced larvae and juveniles, humans are likely to select against certain traits and promote others. We study the evolutionary consequence of fishing and stocking in the context of current habitat changes.

Manipulating population sex ratio is often possible, either through non-invasive methods like changing sex-determining ecological or social factors, or through more invasive methods such as hormone treatment of embryos. There are a number of scenarios in which manipulations of sex ratios may be an option to promote population growth, at least over a certain time span. The most obvious ones are:
(i) Very small or rapidly declining population sizes call for emergency actions like, for example, captive breeding programs. The increase of population size to above critical levels is one of the first aims of these programs. When population growth is restricted by the availability of oocytes, manipulating sex ratio towards more females might be desirable under some circumstances.
(ii) The sex ratio in small populations is sometimes skewed for a variety of reasons. Manipulating the sex ratio of the coming generations towards less skewed ratios or towards different types of skews might be one of the aims of conservation efforts, especially if the present skew is male biased.

Organic pollution and pathogens in the aquatic environment

Organic pollution, especially the increased availability of nutrients to microbial symbionts, enhances the mortality of many water-living organisms. We experimentally study various pathways that may link organic pollution, pathogen growth, and the viability of fish.

Chemical substances that could become exotoxicologically relevant have to pass a number of tests before being marketed. In Switzerland and many other countries, these tests are largely following the OECD guidelines (www.oecd.org). We have listed problems with some of these guidelines, and we are testing alternative methods. We are also studying the evolutionary potential of natural populations to adapt to common pollutants.

Alleviating the tragedy of the commons

Game theory can to a large extent explain how cooperation evolves in conflict situations. Many conservation problems are the consequence of conflicts, e.g. of cooperation problems between different stakeholders. We use modelling and experimental games to better understand cooperative solutions to social conflicts. 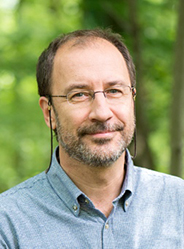